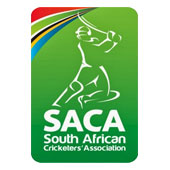 The South African Cricketers’ Association (SACA) today responded to the Cricket South Africa (CSA) findings in its anti-corruption investigation.
“It will always be a sad day for the sport when players are found to have been involved in corruption”, said SACA chief executive Tony Irish.

“It’s important that where players are found to be guilty under the anti-corruption code that they are then appropriately punished and that the message goes out that cricket will not tolerate any form of corruption. In this regard I would like to commend the CSA investigators for conducting a thorough and professional investigation to date which has resulted in these severe punishments for guilty players.”
“Despite the shadow this casts over the game I think it’s also important to emphasise a few positives in all this. South African cricket has shown that it has measures in place to detect and uncover corruption, properly investigate it and then follow through with prosecution against those who are guilty. Players are properly educated, there is a highly competent anti-corruption unit and there’s a zero tolerance towards corruption.”
“Corruption is however a worldwide issue in cricket and needs to be fought everywhere and at every level. Because it has now been shown to exist in domestic competitions there needs to be a co-ordinated and concerted effort in every country. The players are at the heart of this fight and it’s virtually impossible to successfully defeat corruption unless players are prepared to come forward and help with that fight.

Fortunately this is what has happened in South Africa and I commend those players who came forward to report and to assist with this investigation. The vast majority of our cricketers in South Africa are clean and play the game hard and fair. Although players are obliged under the provisions of the code to report corrupt activity to the authorities it still takes a lot of courage for a player to actually do this.”
“SACA will continue to work with the players and with CSA to protect the integrity of the game.”