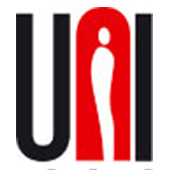 Ms. Pechstein, whose claim for damages against the International Skating Union (ISU) was today dismissed by the Bundesgerichtshof, Germany’s federal court, had questioned whether the due process rights of athletes are upheld by the Court of Arbitration for Sport (CAS). Backed by FIFPro, the world footballers’ association, she argued that the CAS inherently favours the international sporting bodies that dominate its governing body, the International Council of Arbitration for Sport (ICAS).

Brendan Schwab, the Head of UNI World Athletes, said that, “Ms. Pechstein’s seven-year legal battle after being banned for two years for allegedly doping, which she denies, has the full support of the world’s player associations. She is deeply admired for her courage and sacrifice.

“UNI World Athletes is committed to achieving a global arbitration system that upholds the human rights of the players, and an anti-doping system that is effective and proportionate. Sport presently has neither.
“As Professor John G. Ruggie of Harvard University found in his recent report to FIFA, current sports’ regulations have the practical effect of denying players access to courts of justice in favour of an arbitration system that lacks expertise in human rights. He recommended that this be reviewed with the involvement of player representatives to ensure that the procedural and substantive protections of a player’s fundamental rights are in place.”

In dismissing Ms. Pechstein’s suit, which was based on German competition law, Germany’s federal court held that:

Schwab said, “The reasoning of the court does not reflect the practical experience of athletes, the widely acknowledged concerns over the ineffectiveness of current anti-doping regulation and the inexperience of the CAS regarding human rights.

“The court’s decision exacerbates the crisis of confidence with sport’s justice system that prevails among player associations, and certainly does not bring this to an end. Reforms must urgently be negotiated with player representatives as recommended by Professor Ruggie. The CAS must have the confidence of those most affected by its decisions – the players.”

FICA, on behalf of its members and cricketers around the world, sends its prayers and …