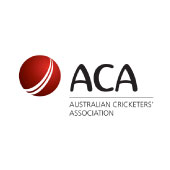 Australian All-rounder Shane Watson believes the players need to be heard on key issues relating to the future of cricket.

“There are some critical issues being discussed at ICC and FICA level at the moment and some serious challenges facing cricket that could have a significant impact on the players.

“Throughout my career the players have always embraced the opportunity to grow the game (whether) through crowd engagement, use of technology or playing the game in a way that is more exciting for the fans.

“Players sincerely do care about the growth of cricket and they really need to continue to have their say with the future direction of the game.”

“I can certainly understand Steve and Alistair expressing a view that is clearly reflected by the ir playing groups, Ashes cricket should continue to stay with the incredible tradition and be red ball only.

“We all want Test Cricket to continue to be the most viable format of cricket in the future so a more coordinated approach to this domestically and globally is required. The players can provide a very valuable insight to this.”

FICA Stands Against Discrimination of Any Form in Cricket

“FICA has been disturbed to hear of players being subject …

FICA Congratulates the Scottish Cricketers’ Association on its first MOU

The Scottish Cricketers Association (SCA), which became a member of FICA in 2017, has agreed to …