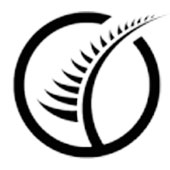 There will now be 15 players awarded annual contracts with NZC each year.

The contract retainers will range in value from $20,000 to $34,000 with each player also earning match fees for each match played.

Depending on the amount of matches played each year, a player could add a further $10,000 to their annual contract retainer payments. Importantly, the new MOU will additionally see a payment of $2,500 to the Cricketers’ Superannuation Fund for each contracted player.

Heath Mills Chief Executive of the NZCPA said “We are very pleased with the new MOU now agreed with NZC. Our Women players more than deserve this increase in remuneration given the increased demands placed on them by the growing international programme.

“To have achieved an outcome where we now have 15 meaningful annual contracts is a big step forward for the women’s game as a whole”.

Significantly, the new MOU will also enable players to ply their trade in overseas T20 competitions in Australian and England which will allow the best players to participate in these pinnacle events as well as supplementing their overall earning potential. There is also a provision to allow players to work full time for a three month period should that suit their personal circumstances and not conflict with NZC playing commitments.

“In the recent past many players have had to hold down full time jobs whilst also trying to play on the international stage, which has no doubt made it a lot harder to compete with the full time professionals in Australia and England. We hope this MOU will now enable our women players to give a greater focus to their cricket in the future.

“It has been a rewarding process to work so closely with our players to achieve this result and we hope this will be the first step in continuing to grow the environment around the White Ferns.” said Mills.