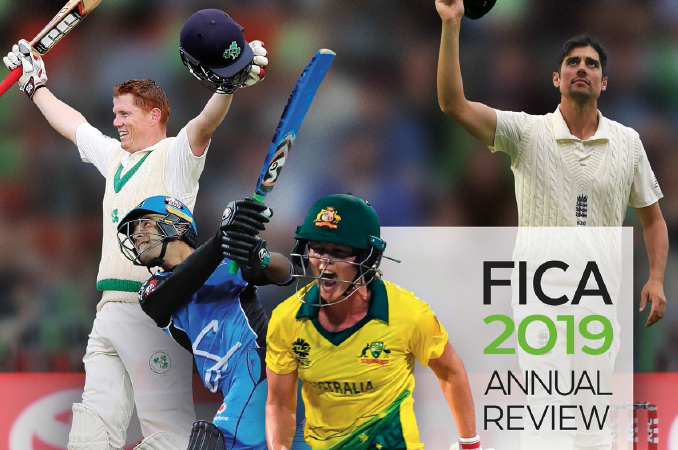 FICA today released its 2019 Annual Review. The Annual Review, which can be downloaded here, is FICA’s assessment of the professional game for the 2018/19 year. The Review provides:

“Whilst we have recently witnessed a compelling men’s Cricket World Cup event in England and Wales, traditional bi-lateral cricket continues to face challenges at the global level. The player landscape continues to shift in the direction of domestic T20 leagues. It is important for us at FICA to understand the variety of factors that are at play in this so that solutions can be found to ensure appropriate balance in the men’s game.”

“As the women’s game grows and continues to professionalise, FICA will continue to benchmark those factors which either assist this growth or hold it back.”

“It is for these reasons that we invest time and resources into identifying, tracking and reporting on trends in both men’s and women’s cricket.”

FICA will be releasing its 2019 Global Employment Reports and Player Survey results later this year. Those reports follow the release of the first men’s and women’s employment reports last year.

The Executive of the Federation of International Cricketers’ Associations (FICA) met in Sydney on 9th, …