The Federation of International Cricketers Associations 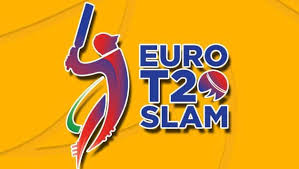 Following the postponement of the Euro T20 Slam which was scheduled to take place later this month, FICA Executive Chairman Tony Irish said:

“Clearly this is a disappointing outcome for the players, fans, administrators and the game across three countries given the expectation raised around the event. We will continue to work with the Scottish Cricketers’ Association (SCA), Irish Cricketers’ Association (ICA), players and agents, to support players, and assess any potential recourse open to them. Some players had foregone other opportunities to commit to the league, and we also believe the league has an obligation to players to demonstrate some goodwill given the expectation created, especially if there is a genuine plan to go ahead with the event in the future.”

“FICA had been in the process of assisting SCA, ICA and the players to put in place some basic contractual protections, in particular relating to player payments, specific to the Euro T20 Slam.  What has happened now simply emphasises the need for these protections.”

“Separately, FICA is also aware of numerous cases of players not being paid what is owed to them under their playing contracts for other previously completed domestic T20 leagues.”

“In FICA’s 2018/19 global player surveys of almost 400 current men’s and women’s professional players from across FICA affiliated countries, more than 34% of players said they had experienced late payment or non-payment under a cricket contract.”

“Sadly examples of breach of contract and non-payment of players are becoming more prevalent in the game around the world. This should not be allowed to develop into an acceptable practice in any area of the cricket industry.”

“Cricket regulates players globally in a number of areas and players are subject to numerous onerous global codes and regulations. Many of these play an important role for the sport. However, the players also play a critical role for the sport globally, and it’s time for enforceable protections to be put in place for players too. They should not be left to exercise leverage or litigate in various part of the world to enforce basic contractual rights, especially when they’ve delivered the value that they’ve been contracted for. Like employees in all other industries, players make life decisions based on what is owed to them.”

“This is an issue that we are working in the global regulations discussions with the ICC and member Boards and FICA has proposed proactive solutions to non-payment issues. We will continue to advocate for appropriate protections to form part of the game’s regulatory framework, including minimum contract standards, payment enforcement mechanisms, and a fit for purpose dispute resolution body. There is precedent for similar measures in progressive sports around the world.”

“In the meantime, we will monitor these issues across the game, and where necessary shine a light, on instances where this practice is clearly taking place.”