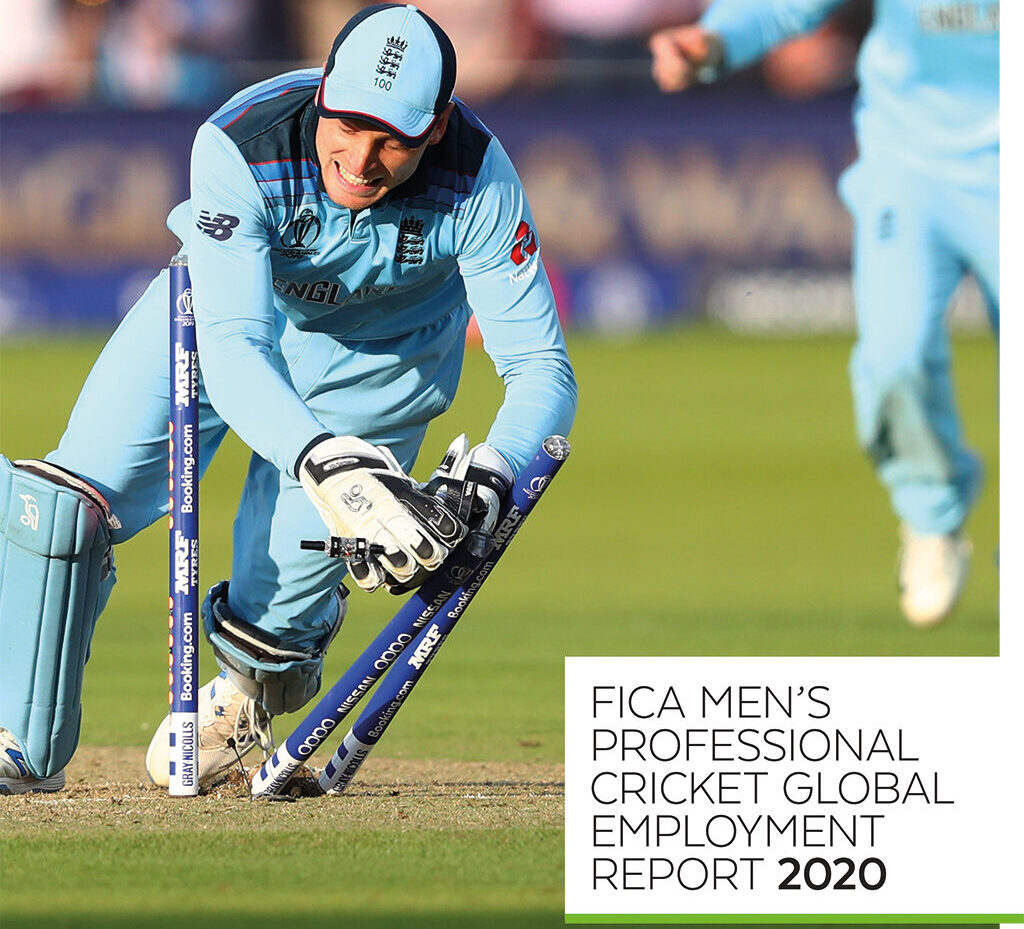 FICA has today released its Men’s Global Employment Report 2020. The Report, covering the 2018/19 (pre Covid-19) report period, is based on analysis of significant statistical data research, including qualitative and quantitative surveying of more than 277 current men’s professional and international players from all nine FICA member countries.

The Report follows FICA’s first men’s global employment report released in 2018 and provides an evidence based analysis of significant issues for players and the game at global level and across countries.

One of the key findings highlights ongoing systematic contract breaches and non-payment of players around the world in events regulated by the ICC or its members, with 32% of men’s players (34% of all players) having experienced late or non-payment issues. FICA is aware of recent late payment or non-payment issues in the following sanctioned leagues, many of which remain un-resolved:

These are in addition to recent issues in the international cricket framework in full ICC member countries, including Bangladesh players not being paid ICC event prize money, and Zimbabwean players, for example, not being paid contractual amounts.

“These reports continue to highlight key issues and act as a benchmark against which FICA will measure the shifting of the game’s professional player landscape and important employment and structural issues in the game.”

“Systematic contract breaches and non-payment of players are issues that urgently need addressing. The ICC has an obligation to protect people working within its regulatory frameworks and it’s time something was done about this issue.”

“We continue to urge decision makers to work with FICA at global level, and players’ associations at domestic level, to develop joint solutions to issues highlighted in these reports, many of which are likely to be exacerbated by the current global situation.”

“Players should be encouraged to speak up on big issues in sport and society. With strong leadership cricket can be a genuine force for good.”

“I would love to see the role of players’ associations embraced across the whole cricket world. Player voice is important to protecting both players and the game. In my experience players care deeply about the game and want to ensure it’s healthy and thriving.”

“It’s essential the global cricket structure and leadership protects the history of the game and also its future. Domestic leagues and international cricket both have a really important place and there needs to be a balance between them.”

“One of the things our eyes have been opened to since forming a players’ association is that players are often the ones left on the end of the line when leagues fall over or when clubs and leagues don’t honour commitments. We hope the ICC work with FICA to properly address this.”

Monty Panesar, the Northamptonshire and former England slow left-armer, has been appointed a Professional Cricketers’ …